When the light goes out in your refrigerator, it might not be an emergency, but it's an annoyance, so you'll want to get the problem fixed as soon as you can. There are three common reasons a refrigerator light won't come on. The bulb, socket, or switch could be bad.

How To Replace A Refrigerator Light Bulb

When the light won't come on in your refrigerator, check the bulb first since it's the easiest thing to replace. A refrigerator bulb is smaller than a lamp bulb, but it works the same, so if you shake it and hear the filament rattle, the bulb is probably bad.

All you have to do is unscrew the old bulb and screw the new one in. Be sure to buy the type of bulb your refrigerator uses. You can always take your old bulb with you to the appliance parts store to make sure you buy the right replacement. Refrigerator bulbs are often sold in packs of two, so you'll have a spare for the next time the bulb goes out.

How To Replace A Refrigerator Light Socket

If the bulb is in good shape but the light won't come on, the problem might be in the socket. You'll need to buy a replacement socket for the brand and model of your refrigerator, so if you don't have the part number, be sure to take the socket to the refrigerator parts store so you buy the right one.

If you locate the bulb, you'll find the socket since the bulb screws into it. The socket pops out of the control panel, but wires are attached to the back. If you can't access the wires, you'll need to unscrew and remove the control panel.

How To Replace A Door Switch

The light in your refrigerator comes on when you open the refrigerator door because of a switch that's triggered. You'll find the switch somewhere on the door opening. You might be able to tell by looking if it's broken and needs to be replaced.

You may need to pry the switch out of the refrigerator using a spatula or putty knife. Once you can grab the switch, pull it out, but be careful of the wiring attached to the back. The wires have to be disconnected to separate the switch from the refrigerator. This entails pulling them off and then snapping the wires to the back of the new switch. Once the wires are on, the new switch can be pushed into the opening and tested to see if the light is working. 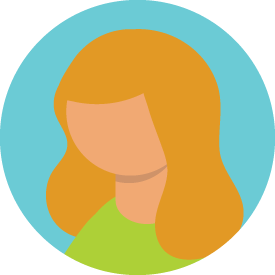 A few months ago, I realized that my appliances weren't running as efficiently as they probably could. My air conditioner struggled to cool my home, and it seemed like my hot water heater was never working to full capacity. It was frustrating, but I knew that there had to be something that I could do. I started doing a little research, and I found all kinds of maintenance things that I hadn't been doing, but that I needed to take care of. I started small by changing an air filter, but it made a big difference. This blog is all about improving your appliances by taking care of jobs around the house.